Back at the turn of the millennium me and a friend translated and hacked old video game ROMs for fun. We called ourselves the Metalhead Hacking Group (MHHG). 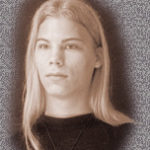 Ten years later somone goes and publishes an academic paper about the scene that we were part of, and the enthusiasts driving it. Quite fun to be mentioned there, alongside a lot of people that we were in contact with at the time. Although we were far from any major players, we were indeed part of a scene.